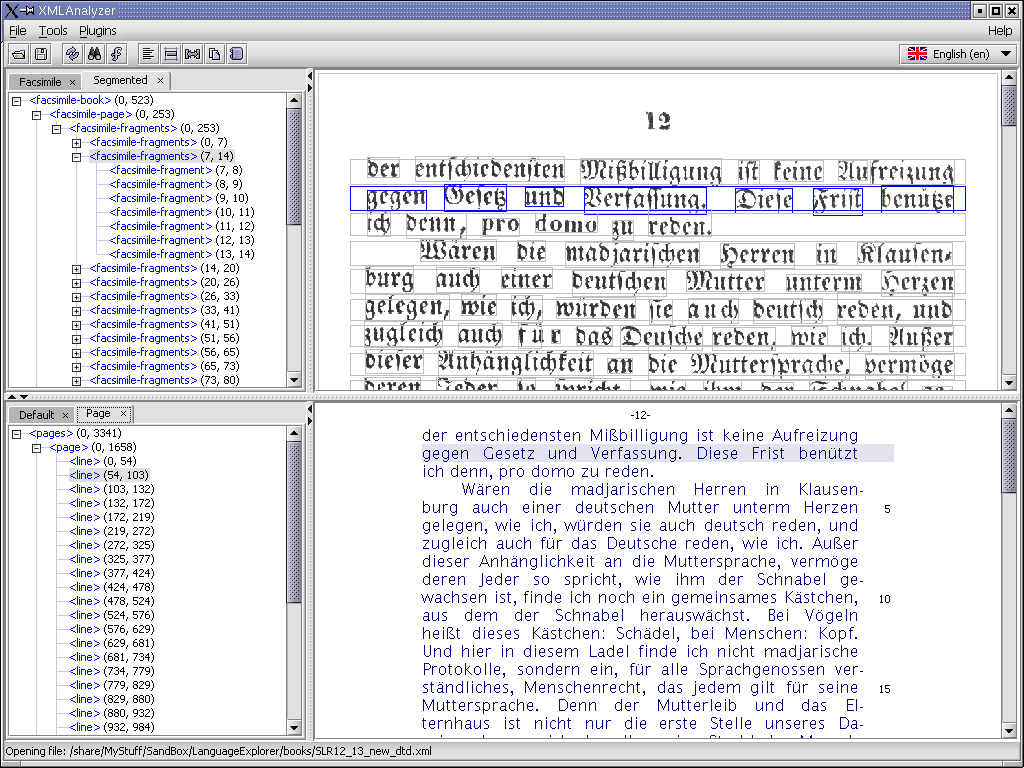 A screenshot ot the new version of LanguageAnalyzer. It allows an arbitrary number of parallel and even overlapping encodings for every document. Each of the encodings is represented by its own tab on the left side of the content window.

The upper part of the window shows a facsimile version of a document which has been segmented word- and line-wise. The lower part shows a text version of the same document with two parallel encodings. The non-active one represented by the "Default" tab is a sentence- and paragraph-wise encoding while the active one represented by the "Page" tab is a page- and line-wise encoding.

An arbitrary number of additional segmentation and linking tools can be plugged into the toolbar and used to process the loaded documents.