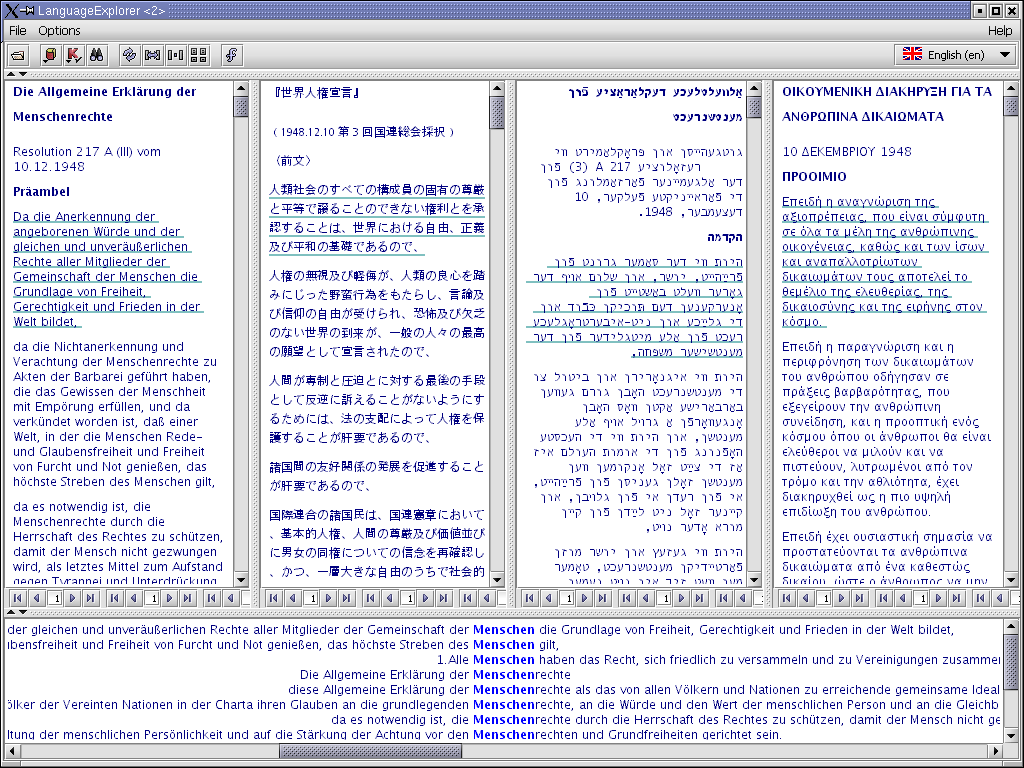 A picture of LanguageEpxplorer in action. It displays the United Nations Universal Declaration of Human Rights which has been aligned sentence-wise for the four languages: German, Japanese, Yiddish and Greek. At the bottom part of the window you can see a KWIC1-Index of the word "Menschen" (german for men, human beings) which was created on the fly from the window containing the german version of the text. The underlined lines represent corresponding sentences in the four versions of the text. The yiddish version is displayed in hebrew characters which are written from right to left.

1KWIC: abreviation for KeyWord In Context. A sort of index which displays the indexed word together with the context in which it appears.